Home › Stay Informed › Summers Elected to CAMICO Board of Directors

Summers Elected to CAMICO Board of Directors 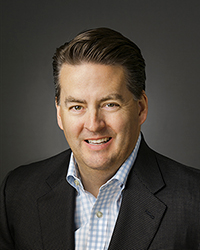 was elected to the CAMICO Board of Directors at the company’s annual meeting last June. Summers will serve a three-year term, from 2019 through 2022. He is the president of Aegis Specialty Insurance Services, a subsidiary of Aegis General Insurance Agency, focused on California residential property insurance products. He is a licensed attorney and has over 30 years of experience in personal lines insurance operations and regulatory affairs, including service as deputy commissioner for the California Department of Insurance, and later as the president of Pacific Specialty Insurance Company (PSIC) through 2012.

Mr. Summers wrote and executed the original business plan for PSIC when it was formed in 1989, taking it from a newly formed carrier to a national property and casualty (P&C) company, admitted in all states with an A.M. Best rating of “A” and achieving three consecutive inclusions on the Ward’s “Top 50” P&C insurance carriers in the U.S. His experience has earned him an outstanding reputation in the industry as a leading executive with a team that has worked with him for decades. Mr. Summers also serves as a member of the CAMICO Risk Management and Audit Committees.