Dodsworth Retires from CAMICO Board after 34 Years of Service 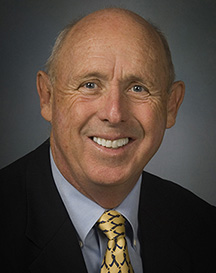 John A. Dodsworth, CPA, a prime mover in the formation of CAMICO in 1986, has retired from the CAMICO board of directors after more than 34 years of service to the company. CAMICO’s chief executive officer from 1990 through 2008, Dodsworth retired as CEO on Jan. 1, 2009, and served as a member of the CAMICO board of directors from 1986 to June 2020.

Dodsworth was director of business operations for the California Society of CPAs (CalCPA) in 1985 when the society’s professional liability carrier at the time had notified society members that it would no longer provide insurance for them, leaving about 1,700 California CPA firms without coverage and exposed to damages from lawsuits. CalCPA’s executive committee responded by approving the formation of a company to be mutually owned by CPA policyholders and to operate for the benefit of policyholders. Dodsworth then became the point person in the successful effort to form a new insurance company dedicated to CPAs.

A group of CalCPA officers, including Dodsworth, Lou Barbich, Ken Ashcraft, and Jim Kurtz, were initially responsible for forming the new company, with Dodsworth taking the lead in assembling a team of accountants, attorneys, insurance actuaries and others who developed business plans, filed documents, and wrote contracts to give shape and substance to the emerging entity. The group also recruited several others to serve on the new company’s board of directors.

Dodsworth had been an audit partner at a leading Bay Area accounting firm when he joined the staff of CalCPA in 1984, the year before the insurance termination letters were mailed to California CPA firms. Under his leadership, the risks of forming a new company became less risky, and in April 1986, after receiving approval from the California Department of Insurance, he and the board members convinced about 1,400 firms to sign on with the new venture and to pay their annual premiums in advance, as well as certificates of contribution that helped finance company operations.

“The Department of Insurance conducted its qualifying examination on June 23, just one week before the July 1 expiration of the previous carrier’s coverage, and the next day CAMICO received its certificate of authority to transact liability insurance,” said Dodsworth. “Policies began to roll out with an effective date of July 1, 1986.”

Dodsworth has often been credited for the company’s successful launch, which required rapid turnarounds with no margin of error. Of his leadership abilities, Victor McCarty, a CAMICO board member from 1986 to 2009, said, “As a person, John is top caliber. That doesn’t make a good leader in itself, but it’s something every good leader should have, and John has it.”

In 1990 Dodsworth left his position with the CalCPA society to become CAMICO’s first full-time CEO and president. The company had moved beyond its start-up phase and was maturing into a full-fledged insurance carrier. Some of the highlights of Dodsworth’s career with CAMICO over the years include:

In a planned transition, Dodsworth announced in July 2008 that he was stepping down as CEO of CAMICO effective Jan. 1, 2009, to be succeeded by Ric Rosario, CPA, who continues as CEO today. Dodsworth remained on the CAMICO board of directors for another 11 years until his retirement from the board in 2020.

During his last 11 years on the board, Dodsworth counseled the board and senior management team through many opportunities and challenges, including the Great Recession. CAMICO’s actions as a company have enabled it to provide a best-in-class program to CPAs while continuing to thrive financially: policyholders’ surplus has grown by more than 35 percent from 2009 to 2019, and all key financial ratios have continued to be at the highest levels in CAMICO’s history.

Dodsworth’s leadership over the years has guided the company to its high standards of service and quality—CAMICO’s dominant competitive advantages in CPA insurance and risk management. From 1986 to the present, CAMICO grew from about 1,400 policyholders to more than 8,000, with a member renewal rate averaging 94 percent, year after year. As a CAMICO founder and CEO, Dodsworth has been key to CAMICO’s successful pursuit of its mission, beginning when CAMICO was just an idea, and continuing through 34 years of providing CPAs with the solutions they need to achieve security and success.